There are a lot of endangered animals in the world, but none is more well-known than the polar bear. Outside of enjoying a Coca-Cola every now and then, polar bears are remarkable animals that have been capturing our hearts for years. From surviving brutally cold environments to swimming for days to possibly find a meal, these cuddly looking animals are also ferociously determined to live.

Known for their white fur, polar bears have transparent fur that is hollow which allows them to survive swimming in and living near the extreme cold temps of the Arctic Ocean. Which brings up an interesting fact; polar bears are classified as marine mammals making them the only species of bear classified as such. 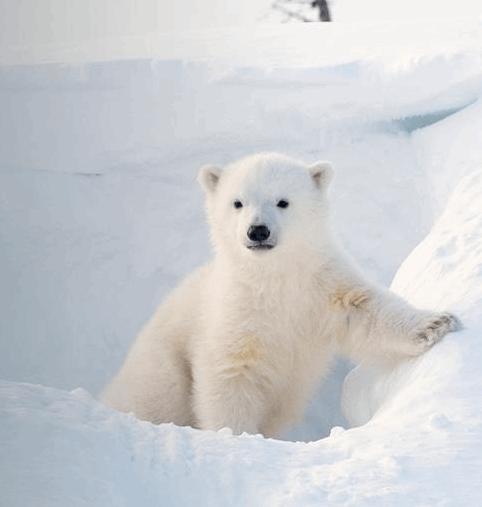 So why is Blanco the Polar Bear endangered? Due to global warming and the increasing temperature of Earth, polar bears are experiencing an unprecedented situation where their land is disappearing from under their feet. Polar bears live much of their lives on slabs of ice floating in the ocean hunting. The fact that a lot of these slabs are melting means that the polar bear has less options to rest and longer distances to travel to get to the next slab. In conjunction with the melting ice, this also means that the polar bear has less ground to hunt from and a polar bear hunt only has a 2% chance of success to begin with.

However, there is a glimmer of hope for Blanco and his friends! There are many agencies and conservationists working on saving the polar bears and they are doing a very good job at it. With climate change getting the attention it needs, we are inadvertently saving the polar bears as well. Whether they’re in commercials, or the Artic, polar bears continue to capture our hearts. Team Frontier is dedicated to bringing awareness to these special creatures and has therefore created dedicated space on our planes featuring many of the endangered animals, like Blanco. Get to know our other Endangered Species here.